“Inflation is a disease, a dangerous and sometimes fatal disease, a disease that if not checked in time can destroy a society.” Milton Friedman[1] 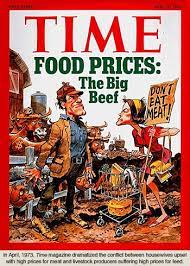 During the 1970s, politicians and government economists misled the American people about the root cause of the disastrous inflation plaguing the country. Presidents Nixon, Ford and Carter were all complicit. They blamed the existence of inflation primarily on the American people – price-gouging businesses raised prices, greedy employees demanded unreasonable wages, and spendthrift consumers drove up demand. A 1973 Time Magazine cover captured the inflation blame-game as an angry consumer blames a hapless rancher for high meat prices and he passes the blame on to the farmer who is charging more for his grain. And true to form, Washington D.C. announces with much fanfare that the government will come to the rescue. 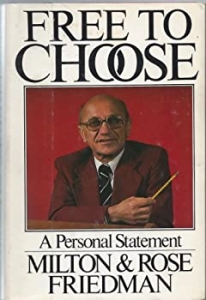 Then in 1980, economist Milton Friedman, through his book Free to Choose, exposed the myth perpetrated by political interests. “Inflation was not a capitalist phenomenon, neither was it a communist phenomenon. In the modern world, inflation is a printing press phenomenon.”[2]

In other words, “substantial inflation is always and everywhere a monetary phenomenon. Yet during the 1970s this was widely denied because of the smoke screen with which governments try to conceal their own responsibility for inflation. Government officials always find some excuse – greedy corporations, grasping trade unions, spendthrift consumers, Arab sheikhs, bad weather, or anything else that seems even remotely plausible.”[3]

Friedman goes on to say that no doubt, businesses are often greedy, employees can be grasping, people often spend too much, shortages can be manipulated and weather is sometimes bad.

“All these can produce high prices for individual items; but they cannot produce rising prices for goods in general. They can cause temporary ups and downs in the rate of inflation. But they cannot produce continuing inflation for one very simple reason: none of these alleged culprits possesses a printing press on which it can turn out those pieces of paper we carry in our pockets.”[4]

The conclusion presented in Free to Choose exposed a decade-long politically motivated deception that had created much social strife and financial hardships. The truth, as it often does, cleared up the confusion and set the stage for the economic recovery of the 1980s. 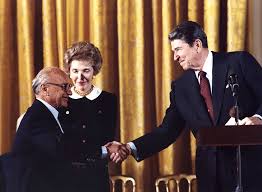 Friedman points out that the U.S. government dramatically increased the money supply during the 1970s in order to pay for the Great Society welfare programs and our nation’s foreign wars. The government’s strategy was to avoid raising politically unpopular direct taxes, and to instead create new currency, i.e., the hidden tax of inflation. 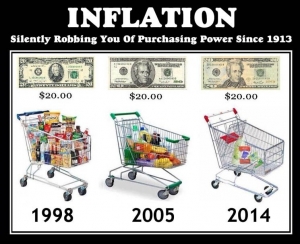 “Financing government spending by increasing the quantity of money looks like magic, like getting something for nothing.”[6] But since the U.S. government and the Federal Reserve have not perfected the art of ‘turning stones into bread,’ Friedman showed that the holders of money will ultimately pay the bill through higher prices for the goods and services they buy.

Friedman explains, “The extra money printed is equivalent to a tax. If the extra money raises prices by 5%, then every holder of money has in effect paid a tax equal to 5% of their money holdings…. The extra pieces of paper one must now hold in order to have the same purchasing power are in effect receipts for taxes paid.

But the blame-game continues, in a replay of the 1973 Time Magazine article about rising meat prices, a Biden economic advisor recently accused the meatpacking industry of “pandemic profiteering,” driving up meat prices and hurting consumers. Although businesses have been known to take advantage of occasional shortages, this does not cause comprehensive food inflation. Once again the government is covering up the consequences of their own irresponsible fiscal and monetary policies.

“Bond investor Jeffery Gundlach summed up the idiocy of the White House spokesperson perfectly, ‘…if you take out the items that are up a lot, troubling grocery inflation would be lower. Hard to argue with that one…'”[9]