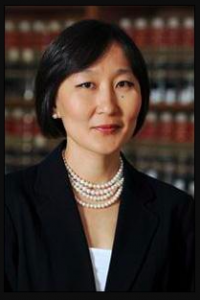 President Biden’s nominee to be the nation’s top banking regulator, Saule Omarova, has proposed in the October, 2021 issue of the Vanderbilt Law Review1 that the Federal Reserve be empowered to confiscate private bank deposits in order to control inflation. In her article, Omarova neglects to call this action “stealing” the people’s money, but instead refers to it in perfect bureaucrat speak as “draining excess liquidity from these accounts with minimal disruption of productive activity.”

If that’s not outrageous enough, she also recommends transferring all bank deposits from commercial banks to the Federal Reserve. Her radical scheme proposes for “central bank accounts to fully replace – rather than compete with – private bank deposits.” She describes her proposal in an article entitled, “The People’s Ledger: How to Democratize Money and Finance the Economy.” 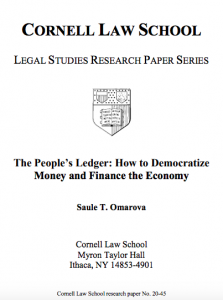 In the article, her stated purpose for “reimagining the financial system’s fundamental structure and redesigning its operation,” is to “radically democratize access to money and control over financial flows in the nation’s economy.” This “democratizing” of the financial system “would empower the Fed to conduct monetary policy in a far more targeted, dynamic, and effective manner than can be done via interest rate management alone.”

In addition to democratizing [i.e., controlling] the creation of wealth and allocating [i.e., redistributing] financial resources, Omarova also proposes to maintain financial-market stabilization [i.e., market manipulation] by expanding the range of trading assets the Fed can purchase to include “shorting” common stocks. She believes this would maximize the Fed’s “capacity to channel credit to productive uses in the nation’s economy.”

In other words, the Federal Reserve would be empowered to channel loans and access to credit to whatever political interests the bureaucratic controllers deem worthy.

Since its founding in 1913, the Federal Reserve has repeatedly failed to accomplish its original mission of stabilizing the value of the U.S. dollar. We can only conclude that the Fed should be dissolved for blatant incompetence instead of given additional control of everyone else’s money.

By nominating someone with the radical views of Saule Omarova to be the new head of the Office of the Comptroller of the Currency, Joe Biden is continuing to turn over control of our nation to the radical left. Omarova refers to her proposals as the “People’s Ledger,” which she describes as a series of “structural reforms that would radically redefine the role of a central bank as the ultimate public [i.e., government] platform for generating, modulating, and allocating financial resources in a democratic [i.e., collectivist] economy.”

Despite Omarova’s excessive use of progressive PC language (e.g., equitable, inclusive, unified, reimagining, democratize), there is a much more accurate term than “The People’s Ledger” to capture the essence of a government system that replaces the free markets with centralized, bureaucratic control, and that regulates industry, commerce and financial assets to the benefit of elitists’ agendas… 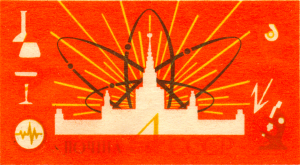 Oh, by the way, Biden’s nominee to be America’s Comptroller of the Currency, whose job is to regulate the largest banks in the country, attended Moscow State University on a Lenin Personal Academic Scholarship.