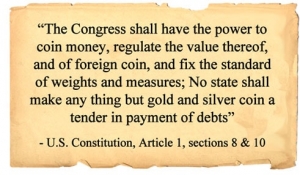 The “creation” of wealth, both national and personal prosperity, is attributed in the Bible to the blessings and curses of God (Deut. 28). God determines, in his own way and to his own purposes, the ultimate outcome of human efforts, whether prosperous blessings or scarcity and ruin.1

Christians often find a scriptural perspective of wealth challenging because our culture tends to minimize or ignore the reality that we are not the owners of the earth’s resources – The earth is the Lord’s, and everything in it (1 Cor. 10:26). Instead of owners, believers are designated stewards of the earth and everything in it. We are instructed to manage the rightful owner’s wealth according to His directions. To do otherwise is to fail our responsibility.

But this reasonable concept of stewardship has been muddled by an age-old conflict that attempts to displace the legitimate owner with usurpers who claim that their present control of the earth’s resources voids any prior claims. In other words, does God own the earth’s resources by right of being its Creator, or have those who have taken possession of the earth by means of conquest and control effectively negated God’s claim of ownership? (Matt. 21:33-39)

The issue of ownership lies at the heart of the war between the kingdom of God and the “City of Man” empowered by Satan.2 The battles raging in every area of life assault the very meaning of ownership, and integral aspects of these battles involve economics: Who creates wealth? Who should manage it and to what purpose? And what is the nature of money? 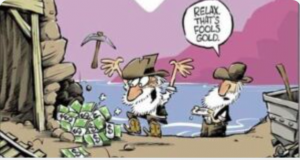 In the past, money was defined as a store of recognizable value, as well as a medium of exchange, because an object used as money was intrinsically valuable (e.g., gold and silver, or paper currency backed by gold and silver). But since 1971, when President Nixon took America off the last semblance of a gold standard, our nation has depended on “fiat currency”3 instead of true money. (Even though the dollar is still called money.)

The change from true money to fiat currency is significant from a Christian view because fiat currency disconnects money from what is real and personal. Instead of possessing honest value, fiat currency is an intangible symbol that exists within an abstract economic system.

With true money, its value is intrinsic to its nature. It reflects the virtue of its Creator by containing within itself the value of natural resources – with value increased by human creativity and applied labor. True money is independent of economic systems, and political regimes, possessing an inherent integrity that makes it an honest medium of exchange.

In contrast, fiat currency is just one more version of the devil’s deceit of turning stones into bread – a futile attempt to create wealth by human legislation and wishful thinking. Arrogance drives this errant hope, but the results are always the same. Wealth is either consumed, wasted or inflated away.

2 According to John in Revelation, Satan has chosen to align the powers of spiritual darkness with the City of Man. Into the image of the beast (symbolic for human government and culture), with cruelty and malice, Satan pours “his power and his throne and great authority” (Rev. 13:2).

3Fiat currency is a means of exchange, either printed-paper or digital, with no intrinsic value, that is declared legal tender (i.e., money) by governments that possess the authority to enforce their decree.