Chapter 7:  The Illusion of Possession and Control

Chapter 7:  The Illusion of Possession and Control 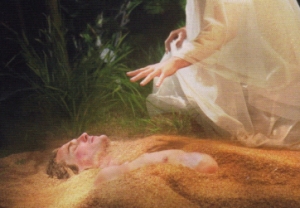 “Christians all profess but find it difficult to bring home to their feelings – the doctrine that they did not create themselves, and that their talents were given to them.”[1]  C.S. Lewis

The Christian doctrine that humans are created beings, designed by God to flourish within the parameters of His created world, is foundational to a biblical view of economics. Although Christians readily affirm the doctrine of creation, believers tend to become self-referential and diminish the significance of the Creator/creature relationship.

In his novel, The Screwtape Letters, C.S. Lewis shares a conversation between two devils who have observed that humans have “the curious assumption ‘My time is my own’…. The man can neither make, nor retain, one moment of time; it all comes to him by pure gift.”[2]

The devils seem to find the human’s sense of autonomy to be amusing. “The humans are always putting up claims to ownership which sound equally funny in Heaven and in Hell and we must keep them doing so. Much of the modern resistance to chastity comes from men’s belief that they “own” their bodies…”[3]

As we begin to focus more on economic concepts in future chapters, we soon discover that the fundamental principle of ownership defines the relationship of human beings to money and things, including their talents and calling, and even life itself. If we start out with the idea that these things are “Mine,” then we will most likely wrongfully or dishonestly misuse much of what has been entrusted to our care.

In other words, the great economic deception of the “world system,” as described by the devils in Lewis’ Screwtape Letters, has been to obscure the reality of who is the rightful owner. So, as a basic understanding economics, we accept that no economic system can be just or prosperous for all peoples if it based upon an arrogant intent to usurp the authority of the rightful owner.

The Screwtape devils concluded their amused conversation about their deceived human victims with the observation, “And all the time the joke is that the word “Mine”, in its fully possessive sense, cannot be uttered by a human being about anything. In the long run either Our Father [Satan] or the Enemy [God] will say “Mine” of each thing that exists, and especially of each man. They will find out in the end, never fear, to whom their time, their souls, and their bodies really belong – certainly not to them.

“At present the Enemy [God] says “Mine” of everything on the pedantic, legalistic ground that He made it. Our Father [Satan] hopes in the end to say “Mine” of all things on the more realistic and dynamic ground of conquest.”[5]